Most of us can’t go a day without listening to music, and it’s an integral part of our lives whether we realise it or not. There’s a song for every kind of situation that we find ourselves in whether we’re angry, happy or sad.

If you have trouble falling asleep, then you’ve probably tried almost every solution but what if you could put on your favourite playlist and it could help send you to sleep. With the number of people struggling with sleep disorders rising, we’ve explored whether listening to music could lead to a more restful sleep.

Our brains are the most complex organ in the human body, and when we listen to music, it responds by sending different signals all around the body which can be different depending on the type of music.

One study in 2011 reported in Nature Neuroscience set out to find whether music affected the rate of Dopamine release in the body. Dopamine is known as the feel-good chemical which is released in the presence of specific stimuli. 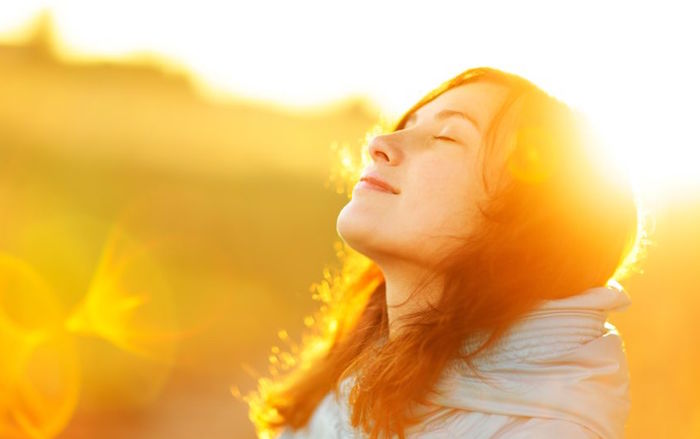 The study involved eight subjects who had their brains scanned throughout three separate sessions. During the first session, the subjects listened to music that they enjoyed whereas in the second session they listened to music that they had neutral feelings towards. In the third and final sessions, they alternated between neutral and enjoyable music while the brain scans were conducted.

Results from the study showed that Dopamine levels were 9% higher in volunteers who were listening to music that they enjoyed compared to music they were neutral about.

There have been numerous studies investigating how music can lower stress and reduce the effects of depression, which is caused by a decrease in the amount of Cortisol that’s released.

One study involved 177 patients who were about to undergo surgical procedures and listened to music prior. The results from this showed that both anxiety and cortisol levels were decreased and outperformed the usual medication that is usually administered to patients.

If you can lower your cortisol levels before sleep, then this makes it easier and quicker for you to fall asleep giving you great periods of deep slumber where your body can fully recover from the previous day.

Another study investigated the relationship between musicians and their brain health. If you play an instrument, then you’ll know the years that you spend perfecting your craft by often repeating the same task over and over again. However, this isn’t in vain because one study in 2001 revealed that listening to music produces a positive uplift in literacy, mathematical and reading skills.

Studies that have carried out brain scans on people who frequently play musical instruments have shown that their brains have significantly more symmetry and have larger areas that play a role in motor control, spatial coordination and auditory processing.

Although most people aren’t professional musicians who are playing for hours a week, the average person still listens to 20+ hours of music per week. This is enough listening time also to have an impact on non-musicians.

Benefits Of Using Music For Sleep

Music can be used to help you relax especially if it has a lower beats per minute. A beats per minute tempo of 60 -80 is closer to your resting heart rate which makes it easier for you to relax.

When you think about it, this makes total sense because you wouldn’t listen to some fast paced rock and roll if you were trying to wind down. The process of relaxing and winding down will make it easier to fall asleep.

A good pair of sleeping headphones can not only supply you with soothing sounds but also double up as a way of blocking out external sounds. This is ideal if you’re a light sleeper, you live in a home that has a lot of noise or has noisy neighbours.

This means that you’ll be woken up fewer times in the night means that you’ll wake in the morning feeling more rested and ready to attack the day with vigour. So even if on a particular night you don’t want to listen to music, you can still use them to create a more peaceful environment.

Unlike if you listen to a radio, you have the full choice of listening to the exact music that you desire. You know what music suits you best for sleep so if you choose this you’ll get to sleep much quicker.

This is especially ideal if you share your room with a partner because they’ll be no arguments about the choice of music. Just because a particular type of music helps you to sleep, it doesn’t guarantee that it’ll do the same for a different person.

You sleep better when you have a pre-bed routine and listening to music can become a key part of this process.

If you find a set of songs or sounds that make it easier to fall asleep if you incorporate this into your bedtime routine your body will recognise this as a trigger and know that it’s time to rest.

This makes it easier to fall asleep because you’ve essentially trained your body to know when bedtime is.

Our lives are becoming more and busier each day with a vast number of things to worry about. We often take this to bed with us, and all these worries continue to race around our minds no matter how insignificant they may seem.

Getting into bed and turning on some songs is an effective way of taking the mind of our distractions from the day and allowing you to fully relax and focus on getting a good night’s sleep. The soothing sounds will help you to get sleep considerably quicker when your mind is clear.

Listening to music that makes you happy will trigger the release of happy chemicals such as serotonin and dopamine which will put you in a positive mindset.

It’s much easier to fall asleep if you’re happy and you’ll also get the added benefit of being happy once you wake.

Earbuds are suitable for all other situations apart from sleeping, and there are several reasons why you should avoid using them if you want to listen to music while sleeping.

Traditional earbuds are designed to be slept in especially if you sleep on your side. This will make it uncomfortable on your ear that is in contact with the pillow which can then make it harder to sleep and cancel out the benefits that are usually gained when listening to music.

It will be more comfortable if you’re able to sleep on your back where you won’t feel discomfort against the pillow.

Ears naturally create wax to provide lubrication and protection to the ear canal to ensure there are no unwanted objects or substances present. However, over time if there is too much build up, it can cause the ears to clog up.

Using earbuds for frequent long periods can ignite large build ups of ear wax because the earbuds prevent ear wax from leaving. This build-up of wax can affect your hearing, so you need to check your ears regularly, so you’re aware of any significant build up.

Necrosis is the process of body tissue dying when it lacks sufficient blood flow. This suggests that the pressure that your earbuds place on your ears over a prolonged period can lead to blood circulation cut off resulting in Necrosis.

Don’t start panicking because this will take a long time to happen, but it just means that you need to check your ears are healthy every so often. Any potential worries that you do need to be referred to a medical professional.

If you sleep on your side, then a significant part of your body weight will be placed on to the earbud that is on your pillow. Most earbuds aren’t designed to have that amount of weight and pressure going through it which can cause the components in the earbuds to become damaged and stop working. This can render your expensive pair of earbuds obsolete.

So you don’t have to use earbuds that are specially created sleeping headphones which have inbuilt cushioning which makes them comfortable to sleep in regardless of your sleeping position.

This also means that you aren’t constantly using the same pair of earphones which could decrease their life meaning that they need to be replaced more frequently.

Another alternative is to play your radio which can also double up as your morning alarm clock. This is suitable if you sleep alone or your partner is accepting of it, but you can also set a timer, so it doesn’t play all through the night.

What type of music is the best to fall asleep to?

Almost every piece of literature recommends calming and classical music as the best sounds to listen to through the night to promote sleep.

A 2004 study involved 60 people who were aged between 60 and 83 and reported to be suffering from sleep disorders. The study lasted for three weeks, and the participants created their list of ix, 45-minute “sedative music” tapes to listen to at bedtime.

The results gained from the study showed that listening to music led to participants experiencing better sleep while the participants also reported to sleep for longer, having fewer disturbances and less daytime sleep issues.

It was also shown that the results gradually got better over the weeks rather than having an immediate impact.

One further study carried out in 2012 involved 15 traumatised refugees who reported to be suffering from sleep problems. The refugees were split into two groups with one group forming an intervention group and listened to calming music through the night while also using an ergonomic pillow that promoted higher sleep quality.

The other group slept with an ergonomic pillow but were not exposed to the calming music. The results from the study revealed that the music group experience a better quality of sleep which supports the idea of listening to calm relaxing music.