It won’t be a surprise to know that if your sleep quality deteriorates, then this can also negatively affect your performance at work.

Lack of sleep is a growing problem nationwide as the pressures of life grow, with commitments devouring our time meaning that our sleep ends up suffering.

Many studies have explored the relationship between sleep and work performance, and we’ll dissect the level of impact it has, and what you can do to optimise your sleep to increase your work performance

It comes as no surprise that if you go to work sleep deprived then as the day progresses your performance will get worse if you don’t address the issue. There have been studies that delve into this subject to examine the results.

Bringham and Women’s hospital undertook a study in 2012 with the results revealing that when a sleep-deprived person was awake the quality of their work performance decreased the longer, they remained awake.

The study took place throughout a month, and the participants were required to average less than 6 hours of sleep per night, and this led to their performance decreasing every week until the end of the study.

The severity of getting less sleep worsens depending on the job that you do especially if you work in an environment where lack of concentration can lead to fatal results such as truck drivers or those operating machinery.

This increased danger has been highlighted in a study by the Harvard Business school led by sleep researcher and Harvard professor Dr Charles A. Czeisler.

The participants were hospital interns who had been scheduled to work for a minimum of 24 consecutive hours. From this, the results concluded that:

This doesn’t just affect your performance at work but also on your commute to work especially if you drive a vehicle. Research led by the Department for Transport discovered that one in six crashes that result in death and injury on A roads and motorways were related to signs of fatigue and tiredness.

It’s likely that these numbers are an under-representation because fatigue is difficult to spot visually and unlike drugs and alcohol there is no standardised test that people can be required to take.

Motorways and dual carriageways are most commonly involved in fatigue-related crashed mainly because of the increased speed of vehicles, the repetitive road environment which is then combined with a lack of driver stimulation.

Getting enough sleep is only one part of the puzzle; you need to ensure that your rest is consistent. A Study by the Interior Design Educators Council in 2017 involved undergraduate interior design students who wore actigraphy wristbands, monitoring their sleep habits and schedules.

Following this, the students were then subjected to cognitive assessments, and the underlying results revealed that the more erratic and irregular their sleep schedule was, the worse their cognitive ability was.

This has backed the idea that the consistency of sleep is just as important as the number of hours.

Also, a group of researchers studied Harvard college students for a month to observe how sleep patterns relate to academic performance.

To keep the study fair, all the students had similar amounts of sleep in total, but it was found that those who stuck to a consistent sleep schedule gained higher performance grades than those who had irregular sleep schedules.

Those who went to sleep at different times suffered from a delay in their circadian rhythm which is the natural body clock. This means that the sleep hormone Melatonin was erratic in its release meaning they experienced fewer periods of deep, restful sleep.

Sleep deprivation can also cause noticeable physical symptoms which have been backed by a study undertaken by the Hult business school where it found that lethargy is a common symptom of lack of sleep.

Additional symptoms can also include heartburn and heart palpitations with support from other studies that show that there is a direct link between physical health and the quality of sleep.

Symptoms can also be in the form of colds and illness as sleep can lead to a poorer performing immune system which can make you more prone to contracting common illness such as colds and coughs.

Although these common illnesses are easily and quickly cured in most cases, if you suffer from these regularly then this can cause you to be absent from work for a significant cumulative period throughout a year.

So this has the potential to affect the progress in your career negatively. According to one study, people who on average have less than seven hours of sleep per night were three times more likely to suffer from a cold.

It’s accepted that although at the start you may suffer from mild illnesses, the long term effects of sleep deprivation can lead to more serious medical conditions which have been linked to lack of sleep over extended periods such as diabetes, obesity and heart disease.

A study delivered by Dutch researchers used data garnered from a previous study of 1435 people taken by the Netherlands Study of Depression and Anxiety. This data was used to analyse the relationship between anxiety, depressive episodes, sleep and work performance.

Researchers question participants on a range of information including sociodemographic, mental history and their general work schedule & sleep habits.

They were then asked for their work attendance history including the amount of work they had missed within the previous six months. Available answers included zero weeks missed, two or fewer weeks missed or more than two weeks which equates to long term absence.

Once this information had been collated, it was concluded that around 50% of the participants suffered from anxiety or depressive disorders while the other half didn’t.

The results yielded from the study concluded that sleep problems harm work performance which was amplified when suffering specifically from anxiety and depressive disorders.

Those who suffered from anxiety or depressive disorder were 2.2 times more likely to suffer from impaired work performance.

Additionally, these disorders also caused sleep to be shortened which then led to participants being 2.5 times more likely to have poorer work performance and 85% more likely to suffer from long term work absence.

What made the results from this study more compelling is that subjects who had an anxiety or depressive disorder but managed to get a longer sleep duration were 20% less likely to suffer from lower work performance and 17% less likely to be absent from work long term compared to disorder sufferers who experience shorter periods of sleep.

There are several things you can do to improve the quality and duration of your sleep each night to ensure that you wake up in the morning feeling revitalised and refreshed.

Have a Regular Sleep Routine

Getting your body used to the same bedtime routine will improve the quality of your sleep and also allow you to get to sleep quicker.

Around 30 minutes before bed you need to complete and an identical set of actions in the same order each night. This trains your brain to know that when you begin these activities, it means it’s time for bed.

These actions could be having a shower, running a bath, lowering the lights or reading a book but these will relax your body and mind for sleep. Over time you’ll find that you'll get to sleep much quicker and spend less time tossing and turning.

It’s recommended that you remove light sources from your room especially those that are emitted by electronic devices such as TV’s laptops and tablets.

These electrical devices emit light that can disrupt the release of sleep-inducing hormones which can then interfere with your sleep cycles leading you to get less sleep.

External light from windows may also need to be blocked out as streetlights, or car lights can often shine into your room depending on your home location.

Blinds or blacked out curtains are great for creating a completely dark environment, and if this isn’t possible moving your bed facing away from the window is also another option.

Smartphones have continued to consume more and more of our daily lives including our sleeping time and are one of our biggest blocks of quality sleep.

Not only does the blue light emitted interfere with our ability to fall asleep as our body thinks it’s daylight, but the fact that once we get in bed, we then scroll through lots of apps brings another distraction.

How many times have you got into bed and then spent the next two hours on your phone, or been woken up in the middle of the night from a notification? You need to either remove your phone from your room altogether or at least keep it on silent and away from arms reach.

Taking a nap in the middle of the day can be a way of catching up on lost sleep and boosting your productivity for the rest of the day. Naps should only be 20-30 minutes, so you don’t fall into a deep sleep and wake up feeling groggy.

After a 20-30 minute nap, you’ll wake up feeling refreshed and ready to go, while also being a great way to combat the regular dip that the majority of us experience in the mid-late afternoon.

However, we understand that if you work a regular 9-5, this may be difficult to fit in but businesses are being more and more progressive such as Google who have incorporated sleeping pods into their work campus.

You’re going to spend around a third of your life sleeping, so you need to make sure that the surface you’re sleeping on is in the best condition.

Although mattresses typically need to be replaced every 7-10 years, you need to look out for telltale signs that it’s starting to deteriorate such as sagging and dipping which can cause your body to strain to leave you feeling less rested in the morning.

Even if there are no physical signs that mattress is poor, but your sleep quality is suffering, then the mattress still may not be right for you. You need to ensure that your chosen mattress suits your sleeping style and position.

Pillow quality is often forgotten about, but it’s just as important as your mattress as it supports your neck and head which are two essential body parts. It’s recommended that you replace your pillow every 12-18 months. 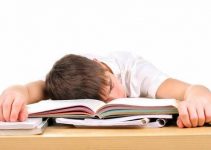 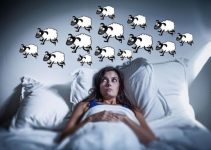 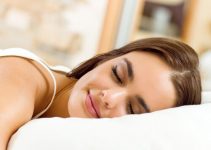